Moalboal: A Haven for Divers

Moalboal is a town in Cebu City, Philippines that became famous because of the beautiful dive spots found in the waters of the area. 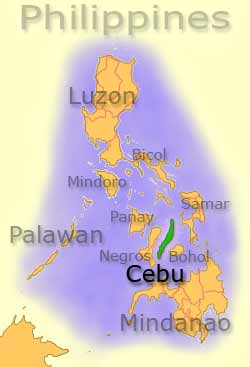 A lot of local and foreign divers visit Moalboal to experience great dives. A favorite dive spot in Moalboal is Pescador Island, a small island near Moalboal. The steep walls along Pescador Island’s coast are among the Philippines’ best dive sites. The beautiful and untouched marine life of Pescador Island makes it really popular.

The rocky cliffs of Pescador Island have a mass of overhangs and caverns and the popular one is the Pescador Cathedral. It is a huge underwater cavern with a 15 meters wide funnel that descends down to 35 meters.

From the Mactan International Airport in Cebu, Philippines, Moalboal is a two-and-a-half hour drive. Within the town of Moalboal, a lot of diving resorts offer services to the visiting divers. Accommodation and food is not a problem while experiencing the beautiful dive spots in Moalboal.