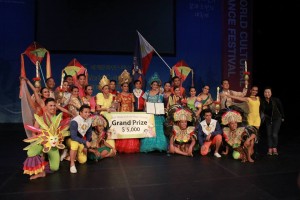 Kahayag Dance Company is a group of talented students from Silliman University College Department. They are well trained and driven to their abilities in dancing.  They can perform any kind of dance as they undergo trainings and practices. But they are well known for their folk dance routines. The word Kahayag is a visayan word which means brightness. Thus, the dancers are really cheerful which makes their performance bright and lively. The dancers in this group went through an audition before they became members of the team. Kahayag Company or the Silliman University College Dance Troupe started on the year 2004 and had continue to progress through the years. 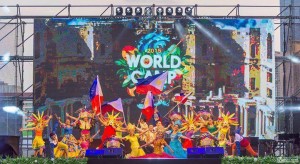 Kahayag Dance Company showed their talents not only in the province of Negros Oriental but all over the Philippines. Because of their amazing performances and folk dance routines, they were given the chance to represent the Philippines in the 2015 International Youth Fellowship World Cultural Dance Festival in Jeonju, South Korea. 27 dancers where sent to Korea to represent the country. They had several months of training and rehearsals before the event. They have a good support system from their love ones, families, friends and the government. This made them more inspired and eager to win and bring home the bacon. They won the contest and they made not only the City of Dumaguete proud, but the whole Philippines. It is really wonderful to witness such amazing and talented individuals coming from the City of gentle people, Dumaguete City. There was no live television telecast for the show, so the people from the Philippines waited for the results to be announced in social media. After the show, one member  finally posted their dance performance together with the description that they won and became champion in the said competition. The group became trending in social media and a lot of supporters shared their videos and photos in facebook. Now, the members of the group are local artist in Dumaguete City. And the Kahayag Dance Company is now a world class talent. 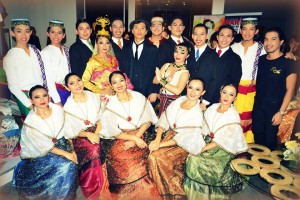 The members of the Kahayag Dance Company

The amount of the price is big enough which had overwhelmed the group. So as planned, they shared some of the money to the charity. They also have plans for several outreach programs to help those in need. The members are so kind hearted and genourous that they want to share there price to the less fortunate. Because of their great skills and artistic performance, they were offered a new task in the Sidlakan Negros Village where in they can continue reviving the love for our country and its culture. Because of this, the Governor Roel Degamo allowed the group to use the stage in the Sidlakan Negros Village for their practices and rehearsals for free. At the same time, they will also receive financial support from the government of Negros Oriental through the tourism office for their future presentations in the year 2016. kahayag is now expected to perform their winning piece in the opening of the Buglasan Festival this October 2015. 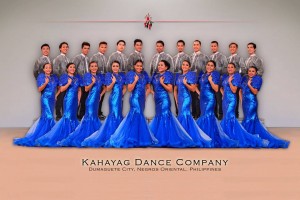 Here is a video of their dance performance that lead them into winning the grand prize: