This article by Michael O’Riordan was first published in the Dumaguete Metropost on the 10th of December, 2017 in his column Outside Looking In

I’ve given this much thought over a prolonged period of time, and have finally decided I can no longer hide from the truth. I need to come out of the closet and reveal my true self. Further procrastination is not only counterproductive, it’s emotionally harmful and inherently dishonest. And so, my friends, I’m about to reveal the uncomfortable truth about Michael O’Riordan. 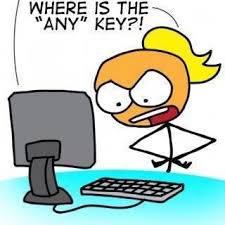 I’m a Dinosaur with a capital D. Yes, it’s true. Darn, it feels soooo good to have finally said it! I don’t belong in this, to me, insane technological age. My understanding of a phone was and is simply a method of making phone calls. But nowadays with literally thousands of apps available to download, or is it upload, one can carry out monumental tasks, even write a book on it or compose a symphony, while also cooking dinner and giving birth to triplets.

Last night, my mid-twenties Irish friend Keelin Dwyer, invited me to participate in an online chat with several people. “It’s simple.” She cheerfully said in her delightful Dublin accent. “Just go to web.com, sign on and you’re set.” Well, no I wasn’t. After a frustrating twenty minutes pressing a wide variety of prompts, I finally got onto the site. But I was then unable to hear anybody or participate in any way. By the time Keelin had sorted it all out for me, the “chat” was over.

My understanding of a meaningful conversation is to sit across a table with friends while exchanging in animated chat. I love to observe their body language and delight in our verbal sparring. But look around everywhere you go today. Do coffee shops and restaurants reverberate to the humming sound of voices joyfully interacting? No. Instead, it’s the empty, moronic, dull thud of phones clicking as zombies disconnect with each other while under the misguided delusion they are actually communicating on some level. This alleged communication method allows everybody from the most gregarious to the socially awkward the ability of not having to look directly at another human being and genuinely interact.

They also look into what is erroneously termed “Social Media” which is yet another disenfranchising method of abstractly contacting other machines. When I see them at Sans Rival, in Robinsons, or waking along Rizal Boulevard enslaved by the power of their phones, it takes all my limited Irish self-restraint not to rush over, grab the phones and smash them into oblivion.

Don’t start me off about “Selfies.” This consistent taking a photo of oneself seems to be primarily a female addiction. If in a public area right now, look around and you will see examples of the malaise. Young girls, especially teenagers, but also adult women frantically position themselves either alone or in groups. Even mature, elderly women are not immune, but at least they usually confine the activity to more sedate surroundings such as restaurants.

And what about those passwords? How am I supposed to remember them all? Also, we are advised not to use the same one and regularly change the password. I’m constantly challenged to open any file because I can’t ever remember or find the passwords. And yes, I do write them in a file in a safe place. It’s so safe I never can find the file.

I’m planning to go to India for Christmas and New Year. The ever-helpful Lucille Saguban at Foundation University HR department has been helping me. We completed the paperwork but, after many attempts to pay, we were unable to. Now we’ve been mysteriously redirected to another web site that bemoans the challenges of getting a tourist visa but offers to fix my problem for “a reasonable fee.” Yet another technological triumph!

I usually accept all the problems in my life are caused solely by me. But I do allow myself some latitude with technology because I believe I can’t be the only one with these problems. It’s surely a generational issue. Anyone under age forty thrives on the technology. Just as in my generation when wanting tickets for rock concerts, nowadays people over the world line up for 24 hours before the launching of new Apple devices.

What does the future hold because of technology? Obviously, I’m clueless about that. Perhaps within one more generation the phones, the machines will rule over the planet. People will wander around zombie-like while locked within a low level of consciousness waiting nervously for the next bleep from their Mother, Apple 25. If no bleep happens to contain meaningless information at least once a minute, they will conclude they’ve become part of the newly disenfranchised. Nobody cares about them anymore. Fortunately, they will have the consolation of knowing Apple 25 will always coldly be present for them.

Well, I don’t know about you, but I feel much better now! I’ve never been to therapy but assume, perhaps incorrectly, how I now feel is the hoped-for outcome. Thanks for allowing me to share. Perhaps I’m not the only dinosaur? If you experience similar frustrations with technology please let me know. Perhaps we will develop a support group called Dinosaurs Anonymous.