Nineteenth-century chronicler Licinio Ruiz mentions Alman, a settlement said to have been named after a superior kind of guava. The town was made a parish independent of Tanjay in 1848, was renamed New Ayuquitan in 1912, became Amlan after WW II.

Amlan is a leisurely 15-minute cruise from Dumaguete City.

Its Church of St. Andrew the Apostle, completed in 1853 (and said to have taken 50 years to build) is the centerpiece of the town’s tourism picture while providing photo-opportunists with a colonial period backdrop. The ruins of watch-towers against the Moro depredations of old can still be seen in Buswang and near the mouth of the Amlan River; and two others near the school building of Ayuquitan and barrio Calo.

Amlan’s unique crowd-drawer is the Budyas Festival which begins on the Tandayag pier with a traditional ritual blessing of fishing implements and the elaborately decorated fleet which then ferries the patron’s image in a fluvial procession to the chapel in Tandayag North.

For nature attractions, there is the serene Tambojangin River for freshwater swims and the splashy three-tiered Naibid Falls in Jantianon.

Amlan’s economy is anchored on fishing, copra and sugar cane, and its bustling Tandayag wharf, which is the seaport-of-call for Tañon Strait crossers from Cebu. The Province’s fuel and LPG supply is stored in depots nearby. Cottage industries produce mats, baskets, bamboo furniture, and buricraft. 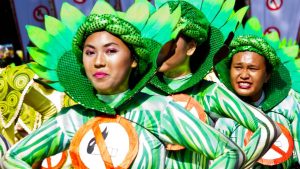 The celebration of the Wayboga Festival in Amlan kicks in during the month of July. Amlan is filled with festivals to celebrate all year round, however, the Wayboga festival is what makes the little town of Amlan noticeable.

Wayboga is derived from two dialect words “walay” and “boga” which literally means no smoke. The Wayboga Festival was implemented some when in 2009. Of the fairy tale story of the festival was created to exaggerate the situations that could happen if people continue to pollute the air.

The town of Amlan was indeed a small and peaceful community. However, people are not the worst enemy one can have; it is nature. The fairy tale story of the festival starts with a drama of people suffering due to the polluted air that they have turned it into. The streets would be flooded with dancers all dressed up in big signage of NO SMOKING. Of course, variations of this story are made, but the main is about no smoking.

The Wayboga Festival may be a little peculiar, but at the end of the day, the festival can all make a clear moral lesson for all to remember. During the celebration of the Wayboga Festival, the search for Miss Amlan, variety shows, live bands and food booths are some events one should remember as well. 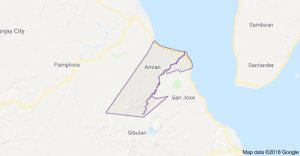 Amlan is one of the twenty municipalities and five cities that make up the Negros Oriental province in the Central Visayas of the Philippines. The Island of Negros, divided into Negros Oriental and Negros Occidental, lies to the south of Manila and west south west of the regional capital, Cebu City. Located on the eastern coast of Negros Oriental, the town faces the Tañon Strait in the east. Neighbors of Amlan are Tanjay City  to the north, San Jose to the south and Pamplona to the west. Dumaguete City, the provincial capital, is 21 kms. to the south. Amlan is administratively divided into eight barangays or districts. It is connected by a well paved road to Dumaguete City. 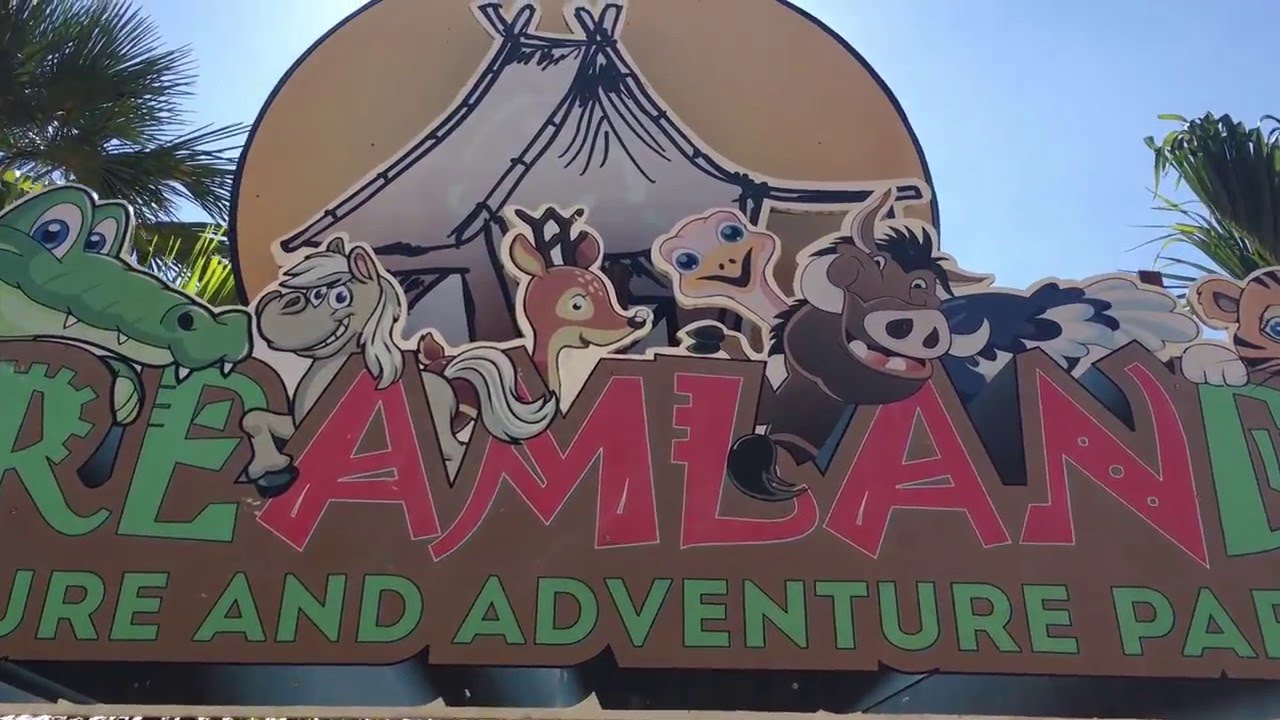