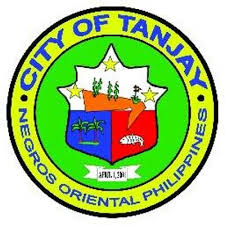 Tanjay City  in the Negros Oriental province is a must see place for many tourists traveling to the area, and considered to be on the the gems of the province having such a rich culture and history. Having nicknames like “The City of Music and Fun ” and the “City of Professionals ” it is easy to see why Tanjay City is a hub of culture for the entire region. Tanjay City sits in the Negros Oriental province of the Philippines, and became the provinces fifth official city on April 1, 2001. Tanjay City covers an area of 276.05 sq km or 106.58 sq mi. Interestingly enough Tanjay City claims to have the highest density of professionals for the entire province and is often nicknamed the “City of Professionals.” The full population of the city is 79,098 as of the 2010 census. 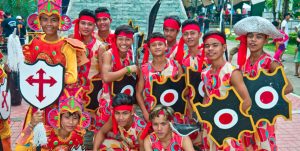 Tanjay City is also very well known for their bodbod delicacy (sweet rice pudding). Because of the good crop harvest in Tanjay City, and the skills of the Tanjayanons, this Filipino delicacy is well known outside the municipality. Tanjay City is not only known for their tourist attractions or delicacy but also for their festivals that are celebrated all year round. One of the most famous and most celebrated Festival of Tanjay is the Saulog sa Tanjay Festival. During the surrounding days of July 24, the celebration of the Saulog sa Tanjay is held.

The original celebration of this festival goes way back to the year 1814 . However, this festival has undergone several changes and versions as generations pass. Regardless of the change people still accepted and enjoyed the said celebration.

In 1988, Arturo S. Regaldo pushed the Sinulog de Tanjay to become a more authentic celebration. He pushed the festival to show a crispier and clearer representation of the festival as the choreography of the street dancing festival was based on a mock battle between Moors and Christians . Through the help of St. James the Greater, the Catholics won the battle by driving away hundreds of Moors.As it has happened in the past festival celebrations, the Sinulog sa Tanjay will again will draw year by year the admiration and attentions of visitors from all over the province including the Tanjaynons themselves. As the celebration goes on, the feeling of unity, harmony and peace can be felt among every person who celebrates the Saulog sa Tanjay Festival. 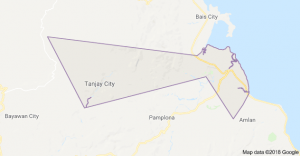 Tanjay’s land area is 27,605 hectares (68,210 acres) and is utilized for agricultural, residential, commercial, industrial, educational, forestral and other purposes. It is the only city in Negros Oriental with a very wide flat lowland, although mountainous and rolling hills are found in the hinterland barangays of Sto. Niño and Pal-ew. Rugged areas can also be found in Barangays Bahi-an and Sta. Cruz Nuevo.