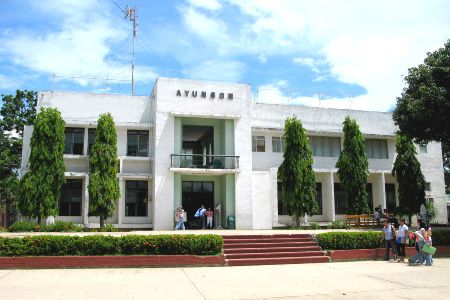 Ayungon is derived from the name of a deaf man, “Ayung,” who cut down a “dungon” tree. Old municipal profiles refer to Ayungon as Todos los Santos though there are no legends to explain that Hispanic name, just as there are no tales elaborating on the ruins of apparently Hispanic fortifications on the Tampocon II shoreline, perhaps because Ayungon’s colonial past was not entirely its own: for many years it was a mere barrio of Tayasan, until 1924 when Governor General Leonard Wood came to establish Ayungon as a full-fledged municipality.

Although firing up its economic dynamos to catch up with provincial developments, Ayungon retains its rural charm through vast and scenic rice fields, dense coconut groves and expansive plantations of sugar cane, bananas and pineapple.

Of only three virgin forests said to be still remaining on Negros Island, one is located in Banban, Ayungon. Nature lovers will be regaled by sightings in the Karalaon Bird Sanctuary, the subterranean drama of the Mabato Caves, and the postcard-pretty Pagsalsalan Twin Falls. 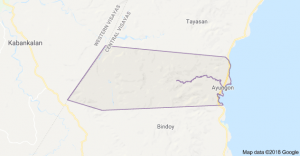 Ayungon, officially the Municipality of Ayungon, is a 2nd class municipality in the province of Negros Oriental, Philippines. According to the 2015 census, it has a population of 46,303 people.