How did La Libertad got its name.

For then it was a typical barrio, named Hinoba-an — from the vernacular meaning an opening of a river — under the political jurisdiction of the municipality of Tayasan. Like any other barrio, it was administered by Francisco Absin, a Teniente del Barrio. To maintain peace and order, one Luciano Libo-on was designated as Chief of a Corps of Volunteers.
The fumes of the revolution permeated Hinoba-an. A certain Dionisio Papa organized a group of dissidents with hide-outs at the mountain fastnesses of the barrio. Some of his trusted men were Feliz Betonga and his two sons, Cesario and Victor. This bunch of renegades too advantage of the fear which gripped the people over the involvement in the national struggle. Those dissidents swooped down at Hinoba-an to pillage. They grouped themselves near the Barrio Hall which was situated in the place where Aniano Absin’s house now stands (1969). Teniente Francisco Absin called his trusted men like Alfonso Facturan, Luciano Libo-on, Alejandro de Padua, Mateo Carinal and others. The last to come was Luciano Libo-on. While crossing the bridge from North Poblacion on his favorite white horse, he saw the dissidents already assembled. Libo-on drove them away single-handedly with his tooting gun. The fame of Libo-on’s bravery in defending the barrio sounded through the length and breadth of the barrio and travelled far and wide in the neighboring places. He was then enshrined in the hearts of the ggrateful barrio folks as their staunch defender.
Prominent men like Pio Banogon suggested the words La Libertad as a fitting change of the name of the barrio to keep them and their posterity reminded pof the freedom attained by the leader of the defenders of their lives and their property from the dissidents. This was how Hinoba-an got its present name La Libertad, the place of the free, althought it was still a barrio of Tayasan then.
LA LIBERTAD IN RETROSPECT. Following President Woodrow Wilson’s liberal policy, new towns were formed. Pio Banogon, together with the Manabas, Vidals, Facturans, and several others from Jimalalud requested the Civil Government of Manila tohave Jimalalud separated from Tayasan as a town. Sometime between 1908 and 1912, Jimalalud, also a barrio of Tayasan was officially organized into a municipality. Pio Banogon was appointed Presidente Municipal of the young town. After a while, Pio with his family, left Jimalaludand moved to La Libertad. His brother-in-law , Francisco Sevilla, succeeded him as Presidente of the municipality of Jimalalud.
The formation of Jimalalud into a municipality sparked the emotions and desire of the people of La Libertad to move as one into action in requesting the proper authorities to convert their barrio into a municipality. Sensing that such a move would affect the income of the new municipality of Jimalalud, Franciso Sevilla, the Acting Presidente Municipal Pio Banogon, together with the other leaders of La Libertad were allowed to proceed with their request for separation. A committee was organized and Pio Banogon was chosen as Chairman with Francisco Absin , Isaac Dionaldo, and Luciano Libo-on as members. They sent petitions to the Provincial Governor, Honorable Enrique Villanueva, his Secretary, Don Demetrio Larena, and the Secretary of Interior, Honorable Enage. 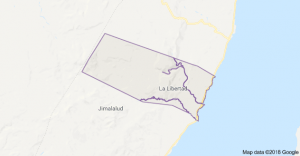 La Libertad, officially the Municipality of La Libertad, is a 3rd class municipality in the province of Negros Oriental, Philippines. According to the 2015 census, it has a population of 38,602 people. 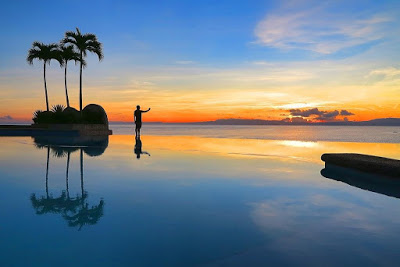