The Overall Impact of C19 on Me 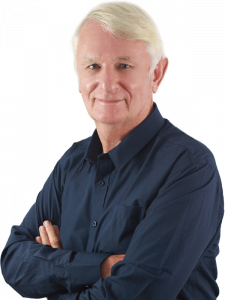 Continued uncertainty leads to an unhealthy state of mind for us humans. The word pandemic sounds relatively harmless doesn’t it, perhaps even suggestive of something benign? How untrue the reality is. This pandemic has most nations in our world in a state of constant fear. Fear of an unknown future leads to an unhealthy emotional state from which people are inclined to act unwisely.

Primarily because of my age, I’ve avoided most of the challenges presently facing many others. The primary one is financial. The impact has been horrific for so many families and communities not only in Dumaguete but worldwide. There are many good people in our Dumaguete community who don’t ask for much from life but now find themselves struggling to feed their families. I’m grateful to be at a time of life when I focus on preservation rather than accumulation of capital. Otherwise, I’d be justifiably concerned about my ability to generate sufficient income to pay bills and adequately provide for my family. The impact must be horrendous on the quality of life in the homes of those less fortunate than me.

So how specifically has the pandemic impacted me? After significant thought, I’ve come to the conclusion the impact has generally been positive rather than negative. One of the few negatives has been the loss of income from my fiancées’ business. Prior to March of this year, she was away two weeks of each month meeting with her clients in Cebu and Manila. Being apart for half of each month helped our relationship by allowing us time apart then appreciating when we were together. But, it’s only a temporary setback because her business can, and will, prosper when the pandemic inevitably ends.

Perhaps the only other measurable negative is my partner, our daughter and I are consistently in each other’s presence. That has created an issue only for me. In typical Filipino fashion, my partner and our daughter delight in closer contact. As usual, I’m the problem. After living alone for twenty years, it’s been a challenge for me to adjust to family life even before the current issue arrived. Constant daily, often minute by minute interaction, has added to that challenge.

Our daughter usually attends a school located five minutes from our house, but has not had classes since March. She won’t be physically in school for the foreseeable future. President Duterte wants a vaccine in place before allowing students to return to school, so it could be 2021 or 2022 before that happens. In August, Sunshine will begin a new school year, but all work will be done from home with parents being required to participate in the process. I welcome that and see it as an excellent opportunity to be more involved in my daughter’s educational development. I’ve set challenging, but achievable targets for her. She needs to be in the top three in class throughout the upcoming academic year. The C19 situation will allow me to be involved with her education on a daily basis. That should help her achieve her goals. If she doesn’t, I’ll be partially responsible.

My work as a faculty member and teacher at a local university has been substantially cut back. We are now working online with a significantly reduced number of students. That’s required a lot of retraining and adaption. I’d be dishonest if I was to say that has been easy. I’m beyond hopeless at any technical matter, so I’ve struggled with this new form of teaching.

I believe the measure of the person I am is directly proportionate to how I respond when faced with unexpected life challenges such as those presented by the pandemic. I have the option of choosing to put my head in my hands and be weak, or instead seek opportunities to instead create a positive outcome.

In order to offset the claustrophobia, I sometimes feel at home, I’ve taken up cycling and golf. I now cycle five days a week. Since I’d no idea what my capabilities were, I started with a leisurely ride from Talay up to Valencia Proper. I then extended the ride by going up to Bong Bong elementary school. The highlight of the experiment was, after several failed attempts, finally making it up to Camp Lookout. By any standards, that’s an interesting and challenging ride.

And golf! If ever a sport represented an accurate metaphor for life, golf is it. One beautiful shot, followed by a rubbish one, then an average one, after which a good put, then a silly one. It’s hilarious. Surprising those who know me well, I never become upset, or angry when golfing. How could I when, in my seventies, I’m privileged to be enthusiastically walking the fairways on beautiful days, wind refreshingly blowing in my hair, while chatting lightly with a friend or three? Every moment is a privilege.

I’ve used the restrictions of mobility caused by C19 to increase my creative output. I’m writing more and working presently on two books, rather than the one prior to C19. And I’ve created a new cartoon series called XPATS. That’s been a lot of fun. One cartoon will soon be published on a weekly basis.

Perhaps most importantly, I realize how fortunate I am to be living in the Dumaguete area during this challenging time. I met foreigners, mainly good Americans, but also some Australians who had been confined to Negros Oriental because of quarantine restrictions. They finally got sweeper flights that repatriated them. My American friends now tell me that living in America is very difficult for many reasons. They look back fondly on their time here in Dumaguete where people were friendly, relaxed, and cheerful. I heartily endorse their sentiments and am grateful I‘m living here. After a lifetime of world traveling spent sailing across oceans, and living on all but one continent, in Dumaguete, I’ve finally found my home!

Shortly after arriving into Dumaguete, Michael  intuitively knew it was the right place for him. Everything seemed to be right. It was and is. In addition to enjoying the way of life, he also met a special Pinay, and is living contentedly with her near the city.

He now operates Veritas Consulting Group, a company dedicated to helping other expats and Returning Filipinos with their transition to life in Dumaguete City and surrounding areas