Lake Balanan is a lake situated Siaton, Negros Oriental, Philippines. It is a freshwater lake in the forested mountains of the southern portion of the island of Negros, with a shape resembling a figure of eight, the narrowest point between the two main portions of the lake being only 90 metres wide. The lake is surrounded by mountain ranges, and is fed by three tributaries, all located in the northern end. These are the Lamarao Creek at the northeastern corner with two waterfalls, the Balanan Creek at the middle of the northern end with another waterfall, and the Nasig-id Creek at the northwestern end. 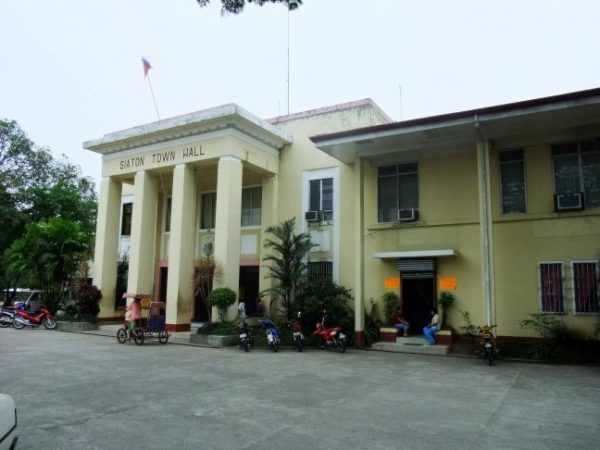