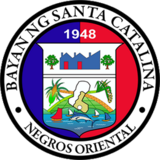 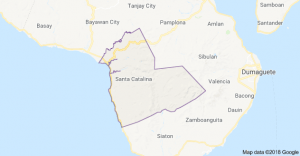 municipality in the province of Negros Oriental, Philippines. According to the 2015 census, it has a population of 75,756 people.

The town is home to the Minagahat language, the indigenous language of Southern Negros as listed by the Komisyon ng Wikang Filipino. The language is vital to the culture and arts of the people.