Pamplona, then a barrio of Tanjay, was created into a municipality by virtue of Republic Act No. 535 enacted on June 16, 1950. The law was authored by Pedro Bandoquillio, elected congressman in 1947. Since its creation, it has been administered by six municipal mayors. They were the late Juan Cañaveral, Sergio Aniñon, and late Apolinario P. Arnaiz, Sr., who managed to hold the reign for more than 22 years. After the EDSA Revolution in 1986, Douglas T. Diago was appointed as Officer In Charge, ran and won in the 1987 election and took the reign for twelve years, managing to complete his three term of mayorship from 1986-1998.

The late Wenceslao E. Duran, the undefeated politician, took hold of the administration for a brief period, after winning the 1998 election. He died of cardiac arrest while delivering his address during training in the municipality on December 18, 1999. Atty. Ricarte R. Valencia, who was then the vice mayor took office up to June 30, 2001. He ran for the post and lost in the election. Winning in the three elections in 2001. 2004 and 2007, the young, and energetic Apolinario P. Arnaiz, Jr. now reigns in his three terms of office.On May 2010 Election, the brother of Apolinario P. Arnais, Jr., Apollo P. Arnaiz who won the election and reigns in his two terms of office. On May 2016 election, Janice Vallega Degamo won as the first lady mayor of the municipality.

The municipality of Pamplona is located 38 kilometres (24 mi) north-west of Dumaguete City, the capital City of Negros Oriental, and 7.5 kilometres (4.7 mi) west of the city of Tanjay.

When it comes to attractions in Pamplona, there is no doubt that most of the things a tourist would see are related to agriculture. The Kasulad Festival is an annual celebration held during the town fiesta on the month of October. Although different other festivals are being made up every now and then to make the municipality of Pamplona a happier place 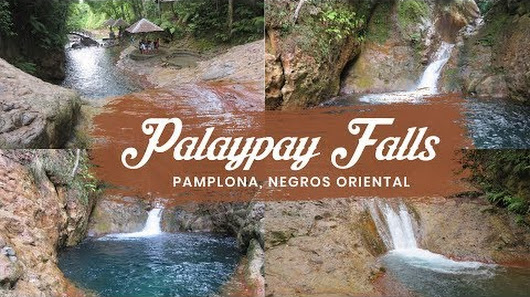